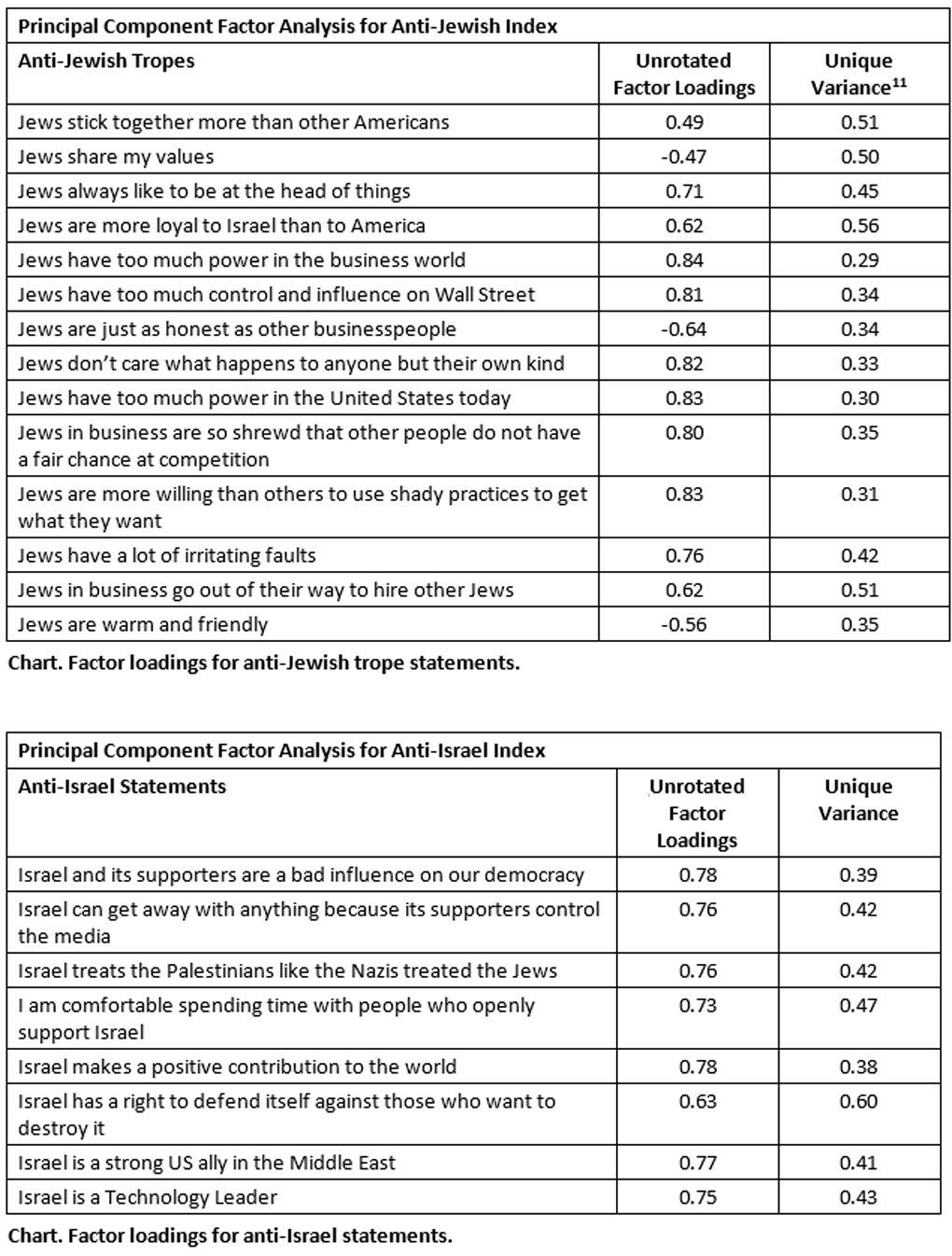 Let’s go through the list, with my answers afterwards.

Jews share my values. Not sure, but I could see why a lot of people, including conservatives, might say no as Jews tend to be quite liberal.

Jews always like to be at the head of things. Mostly True. Well there does seem to be a tendency for this, perhaps driven by paranoia to keep the antisemites down or due to extreme “tiger parent” attitudes among Jewish parents. +2.

Jews are more loyal to Israel than to America. Mostly True. The dual loyalty charge is broadly true, and it has probably always been true in most places. +3.

Jews have too much power and control on Wall Street. False. Well they do have a Hell of a lot of power there, that’s for sure, but they don’t run the place. Still, I’m not sure it’s so malign after all as I can’t see how this outsized power harms the country.

Jews are just as honest as other businesspeople. False. This is actually demonstrably true. Look at the people who get convicted of white collar crimes. Jews are 2% of the population and they commit 1/3 of the worst white collar crime, 15% of the second worst type, and 7% of the most minor type. I doubt if you can argue that this is simply because they have more money. Jews have been known as sleazy, lying, cheating, thieving businessmen forever, and there’s a lot of truth to it. As far as I am concerned, Jews are a race of white collar criminals. +4.

Jews don’t care what happens to anyone else but their own kind. Somewhat true. There is a tendency to think like this and it is most prominent amongst Israelis and the Orthodox, but I don’t believe it’s true overall. It’s like they’re the only ones that count. Other people and their problems either don’t matter or are not important. +5.

Jews have too much power in the US today. Mostly true. Of course this is true, but it is only important about the Israel issue because that’s the only thing that a majority of Jews agree on and push hard for. +6.

Jews in business are so shrewd that others don’t have much of a chance at competition. False. I don’t know how they excel this way. Perhaps it is all down to higher IQ. Anyway anywhere you have Jews, they always rise to the top of the business world and I’m not sure what you can do about it. They may well do this by playing fair and square. I happen to believe that Jews simply outcompete Gentiles in a lot of ways and this is how they get their outsized power.

Jews are more likely than others to use shady practices to try to get ahead. Mostly true. Sure, lying, cheating, thieving Jews, especially in business. Problem is that Gentile businessmen have been in a race now for a long time to see if they can be as lying, thieving, and cheating as Jews, but I still think that Jews win by at least a horse’s nose here. Also the Jews in politics seem to be remarkably dishonest. But Gentile politicians are lying snakes too. I’m not sure which is which. +7.

Jews have a lot of irritating faults. Somewhat true. Well, they have some irritating faults. Do they have a lot? I’m not sure. They can definitely get on your nerves all right. A lot of male Jews especially in business and academia are belligerent, aggressive, have a chip on their shoulder, believe in pre-emptive self-defense, and often have a thuggish quality about them. But they aren’t all like that. I’m not around them very much these days enough to comment, thank God. +8.

Jews in business go out of their way to hire other Jews. Mostly true. Oh, they absolutely do this! And many of them are on the record as saying just that, too. Amazingly the EEOC lets Jews get away with blatant discrimination. +9.

Jews are warm and friendly. Somewhat false. Hey, a lot of them are just not, ok! They can be rude, aggressive, and very unfriendly. This is particularly the case with the Orthodox and Israelis, but it is seen among the less religious too. Religious Jews are not very nice people! +10.

LOL, I get 10 out of 14. I’m actually pissed I didn’t get a perfect score. It’s obviously a Jewish conspiracy to keep me from getting a perfect anti-Semitic score! According to the survey, this means that I have “significant” antisemitic attitudes, but you can see how dumb this survey is. All you have to do is notice things that are obviously true about these people and then, especially with lumping the somewhat true in with the mostly true, you get a much outsized view of antisemitism in the US.

Israel and its supporters are a bad influence on our democracy. Mostly true. They’re catastrophically bad. +1.

Israel can get away with anything because its supporters control the media. Somewhat true. The media is starting to turn on Israel to some extent and for the most part, the media just doesn’t even touch the subject. But the Gentiles in the media and the Gentile media outlets support Israel as much as the Jewish ones too, so I’m not sure this is a Jewish matter. Anyway, most Americans support Israel and few support the Palestinians. Palestinians have only ~16% in the US, and this figure has been flat for a long time. +2.

Israel treats the Palestinians like the Nazis treated the Jews. Somewhat true. If we want to see that it resembles how the Nazis treated Jews until 1938 (from 1933-1937) in Germany, I would be ok with that. After that, the Nazis get so much worse and the Nazis are more murderous by orders of magnitude than Israel is. +3.

Israel out and out murders only a few Palestinians a year, and the Nazis murdered an average of over 1 million Jews a year from late 1940 until 1945. So in terms of murderousness, we are looking at a matter of ~10/year versus 1 million/year for populations which are about the same size. So the Nazis are worse by several orders of magnitude (four to be exact).

I am comfortable spending time around people who openly support Israel. Mostly true. Haven’t spent time with them in years, so it’s so hard to say. My father was a strong supporter and it didn’t make me not want to hang around with him.

Israel makes a positive contribution the world. Mostly false. Whatever good they do in terms of research and development, industrial technology, medicine, science, etc. is vastly outweighed by the negative, sorry. +4.

Israel has a right to defend itself against those who want to destroy it. Mostly true. How could one argue against that question. Every nation has that right, including Nazi Germany.

Israel is a strong ally of the United States. Mostly true. Isn’t this just obvious? Whether they are a good ally is another matter.

Israel is a technology leader. Mostly true. Much as I despise that shitty little country, this statement is self-evidently true.

Ok, I got four out of eight. Turns out you need to agree with five out of eight statements to be significantly anti-Israel. I only get four, so I’m not significantly anti-Israel. LOL. And I really, really hate that shitty little country like you wouldn’t believe. That means that people who score higher than I do are real scary indeed. And I’d also wager that they’re not good for the Jews either.