I was afraid of this. It’s the Obama Administration Redux. Neoliberal economics + (((neoconservative foreign policy))) + Cultural Left social views. The first two are rightwing (we have two rightwing parties in the US – take your pick) and the last is leftwing. I’ve got to hand it to the Democratic Party.

They’ve managed to do what I always thought was impossible – to combine the worst of the Right with the worst of the Left. The Republicans are at least honest. I’ll give them that. They say they are a rightwing party and they combined neoliberal economics + (((neoconservative foreign policy))) + conservative social views. As you can see, they’re rightwing on everything.

Literally the only difference between these two rightwing shit parties is on culture. On economics and foreign policy, everyone agrees! Economics for Wall Street and the 1% and (((more wars for the Jews foreign policy)))!

So you have the total freedom to choose between:

And in fact, they both completely blow, but in totally different ways. The first is just the social part of Globohomo (it has an economic and foreign policy part too) and the second is the Christian Taliban!

Don’t you love living in America, where you have such a wide range of politicians to choose from? I’m sure glad we don’t live in a dictatorship or anything like that, where there’s only one party to choose from and all the media is state-controlled. No wait. That’s exactly what we are living in, except it has the fake trappings of democracy, complete with the usual extreme rightwing authoritarian rigged elections and the whole nine yards.

By Julia Rock and Andrew Perez 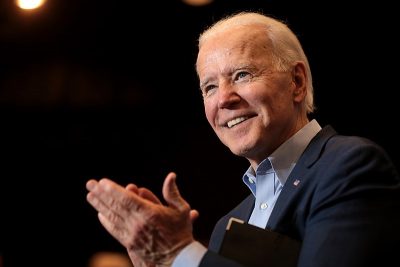 Joe Biden’s first national security hires have been consulting for defense contractors or working for industry-funded think tanks. The picks are of a piece with Biden’s entire career of backing US imperialism rather than bucking it.

Joe Biden’s early national security picks cashed in after their time in the Obama administration by consulting for defense contractors or working for think tanks funded by the defense industry and the US government, or both. On Sunday, Bloomberg   reported that Biden has chosen his longtime aide, (((Tony Blinken))), to serve as secretary of state and will name Jake Sullivan, his senior advisor and a former Hillary Clinton aide, national security adviser.

Former Obama Defense Department official Michèle Flournoy is considered the favorite to be secretary of defense. After leaving the Obama administration, Blinken and Flournoy founded WestExec Advisors, a secretive consulting firm whose motto has been: “Bringing the Situation Room to the board room.”

Flournoy and Sullivan have both held roles at think tanks raking in money from defense contractors, and US government intelligence and defense agencies. Last week, two board members from Raytheon joined a small group to brief President-elect Biden and Vice President–elect Kamala Harris on national security issues. One of the two Raytheon board members, Robert Work, has also worked for WestExec.

Biden has been facing calls from Democratic lawmakers and progressive advocacy groups to end the revolving door between government and the defense industry.

One-third of the members of Biden transition’s Depart­ment of Defense agency review team were most recently employed by “orga­ni­za­tions, think tanks or com­pa­nies that either direct­ly receive mon­ey from the weapons indus­try, or are part of this indus­try,” according to reporting  from In These Times.

Meanwhile, defense executives have been boasting about their close relationship with Biden and expressing confidence that there will not be much change in Pentagon policy.

“Recent Experience at the Highest Levels of the US Government”

Flournoy and Blinken founded WestExec in 2018, and staffed the consultancy with former Obama administration officials — including former CIA deputy director Avril Haines, who helped design Obama’s drone program, according to reporting by the American Prospect. Haines will likely get a top national security job, too.

WestExec proudly marketed their executives’ government experience, describing themselves as “a diverse group of senior national security professionals with the most recent experience at the highest levels of the U.S. government.” On Sunday, the consultancy’s website was apparently taken down

While WestExec has kept its clients secret, the Prospect reported that the firm has worked for defense contractors, including the Israeli military-tech firm Windward. The Intercept reported that WestExec has also been a “strategic partner” to Google’s in-house think tank, Jigsaw.

Flournoy has also served on the board of defense contractor Booz Allen Hamilton.

A report from the Center for International Policy last month found that defense contractors and the US government’s national security and defense agencies contributed more than $1 billion to fifty of the nation’s most influential think tanks over the last five years. Flournoy and Sullivan have both recently worked with think tanks named in the report.

Flournoy was a cofounder of the Center for a New American Security (CNAS) and currently serves on its board. She previously served as the think tank’s CEO. CNAS received more funding — almost $9 million — from the US government and defense contractors than all but one other top think tank between 2014 and 2019, according to the Center for International Policy report. The organization’s top donors during that time included defense contractors Northrop Grumman, Boeing, and the US government.

The report noted: “CNAS has, perhaps not coincidentally, been publicly supportive of Northrop Grumman’s biggest weapon system — the B21 stealth bomber.” The report points to a 2018 CNAS paper on an Air Force plan to acquire 100 B-21 bombers, which argued that the Air Force would actually need “a minimum of 164 B-21 bombers.” The paper did not disclose that Northrop Grunman — the plane’s manufacturer — was a top donor to CNAS. The planes each cost half a billion dollars.

Vice President–elect Kamala Harris’s presidential campaign relied heavily on CNAS personnel, including Flournoy, as foreign policy advisors, according to In These Times.

Sullivan, Biden’s national security adviser during the Obama administration, has served as a nonresident senior fellow with the Carnegie Endowment for International Peace. Carnegie’s donors have included Boeing, Northrop Grumman, the US Navy, the US Air Force, and the Defense Intelligence Agency, according to the report by Center for International Policy. The New York Times reported on Sunday that Sullivan helped work on a Carnegie project focused on “re-conceiving U.S. foreign policy around the needs of the American middle class.”

One report for the “U.S. Foreign Policy for the Middle Class” project shared perspectives from Nebraska based on interviews and focus groups with a hundred thirty Nebraskans. “Those interviewed generally expressed strong support for peacetime defense spending that keeps the U.S. military strong, even if they evinced no enthusiasm for the United States getting into another major war,” the report said. “The need for a strong national defense overrode economic considerations for them.”

Julia Rock is a contributing writer for the Daily Poster.

Andrew Perez is a writer and researcher living in Maine.

The original source of this article is Jacobin.