Vote Democrat! The Other Rightwing Party!

This is about what I expected. Biden’s nothing but a mushy Centrist. Harris is supposed to be better, possibly Center-Left. She is supposed to be a link between the DNC Centrists around Biden and the party’s base (the left wing of the Democratic Party). I’m not so sure about her though. These economic picks sound terrible. More neoliberal crap.

At least at the start of his term, Obama was a Keynesian. I’ll give him that. Remember how the righting troglodytes screamed when Obama did his stimulus? Remember how they screeched when he bailed out the automobile companies? Well, those actions are known as Keynesianism. Keynesianism is not neoliberalism as far as I can tell, but I’m not an economist.

This doesn’t look good at all. Why is the New York Times pushing liberalism though, if none is forthcoming from Biden/Harris? I don’t get it.

The Times is a corporate Democrat rag.

Corporate anything blows to Hell and back, but the corporations in Europe long ago made peace with the Left by signing a social compact which laid out social democracy. The social democracies were put in for one reason only: to stop the Communist threat. So this is one great thing that Communists did – they promoted a lot of liberal and social democratic social pacts to ward off its threat. It was a gun pointed at the head of Capital that said, “Negotiate with society or else!” And so they did.

But now the Communist threat is gone, what’s the motivation for European corporations do support the social contract? There is none. That’s why all European social democratic parties now, as far as I can tell, are rightwing parties. Social Democracy in the sense of Sweden’s Olaf Palme or France’s Francois Mitterrand is dead, gone, and buried. It’s Western imperialism on all cylinders now, backed up with the might of the North American Terrorist Association (NATO). 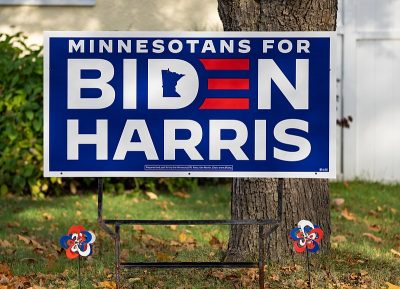 Since Biden/Harris were dubiously chosen as Dem standard bearers, establishment media across the board bombarded the US public with puff-piece reporting about them — ignoring their dark side.

A former US envoy once described Pompeo as the most “sycophantic and obsequious (figure) around Trump,” adding:

The NYT is the leading print media culprit — fake news over the real thing featured. Addressing the likely incoming Biden/Harris regime’s economic team, the self-styled newspaper of record falsely claimed its focus is on “workers and income equality (sic),” adding:

The “team…is stocked with champions of organized labor and marginalized workers (sic), signaling an early focus on efforts to speed and spread the gains of the recovery from the pandemic recession (sic).”

“Biden’s team will be focused initially on increased federal spending to reduce unemployment (sic) and an expanded safety net to cushion households that have continued to suffer as the coronavirus persists and the recovery slows (sic).”

It’ll pursue “an economy that gives every single person across America a fair shot and an equal chance to get ahead (sic).”

Reality is worlds apart different from the above rubbish. In 1963, racist Alabama Governor George Wallace was once quoted saying: “Segregation now, segregation forever.”

Today, both right wings of US duopoly rule are allied in enforcing neoliberalism now, neoliberalism forever — a new millennium form of segregation, with attribution to Wallace’s quote.

Serving privileged interests exclusively at the expense of ordinary Americans is hard-wired US policy. An earlier land of opportunity for most people is long gone. Washington’s agenda is heading toward transforming the nation into a ruler/serf society, wrapped in the American flag.

It’s led by whoever chairs the Wall Street owned and controlled Fed under Biden/Harris ahead, their choice for key regime positions, including treasury secretary — neoliberalism now/neoliberalism forever Janet Yellen nominated. As Obama/Biden Fed chairman from 2014 through the end of their tenure, she handed Wall Street trillions of dollars of near-free money for speculation.

At the same time, she kept interest rates at near-zero, harming millions of low and middle-income savers —while the nation’s privileged class benefited hugely. The Fed on her watch and her predecessor Bernanke did nothing for Main Street, nothing for jobs creation, nothing for anything socially related — nothing for ordinary people, focusing solely on benefiting privileged ones.

She at Treasury and current Fed chairman Powell will operate the same way going forward. Like other Biden/Harris economic team members, Yellen is a Wall Street tool. According to MarketWatch, “Wall Street is thrilled” by her choice, and no wonder. She’ll fulfill the Street’s wish list as always before.

Anti-progressive Neera Tanden was named incoming regime budget director. She’s notable for supporting cuts to Social Security, Medicare, and other social programs, including opposition to a living wage, while supporting imperial aggression, and demeaning Julian Assange. She was quoted calling him an “agent of a pro-fascist state, Russia (sic)” — its (nonexistent actions) “a key reason of why Trump got elected (sic).”

The above-named figures are subject to Senate confirmation.

Dirty business as usual continuity defines how US government operates at the federal, state and local levels. Wall Street, the military, industrial, security media complex, other corporate favorites, and super-wealth will be well served in Washington no matter which wing of duopoly rule runs things. They’ll benefit while ordinary Americans are exploited by continuing the greatest wealth transfer scheme in world history from them to the US privileged class.

Award-winning author Stephen Lendman lives in Chicago. He can be reached at lendmanstephen@sbcglobal.net. He is a Research Associate of the Centre for Research on Globalization (CRG).

His new book as editor and contributor is titled Flashpoint in Ukraine: US Drive for Hegemony Risks WW III. http://www.claritypress.com/LendmanIII.html.

Visit his blog site at sjlendman.blogspot.com.