I am very happy to print this piece by Mr. Ferencz.

However, I have to tell you a few things about Ferencz. First of all, of course, he’s Jewish. Well, you probably figured that out.

Though I appreciate his judge duties at Nuremberg, that’s not all there is to this man. He was involved in rounding up many of the people who were sent to trial in Nuremberg. He was out in the field helping forces to detain suspects. In many cases, he went out to villages and he would line up say 20 villagers and say that if they didn’t tell the truth about their involvement in Nazi war crimes, he would shoot them all in the end. So a lot of the confessions he obtained were coerced.

As I noted, 98% of the ~530 top Nazis interrogated by US Jewish interrogators had their testicles crushed. So all of those confessions were coerced too. I don’t agree with coercing confessions with beatings, torture, or threats of executions. For one thing, the person’s confession is now immediately suspect because you beat or tortured it out of him.

By doing this, Jews gave a ton of ammo to Holocaust Deniers who can point to these coerced confessions and use it to justify their Holocaust Denial. Way to go, Jews! Give ammo to the Nazis! Once again, Jews react completely emotionally and screw things up, in this case the prosecution of their very worst enemies.

Personally, I think it was a terrible idea for the US to employ Jewish interrogators for the worst Nazis. What was the point? It was so obvious that these Jews were going to beat or torture these men, often drastically. So why do we want to do that? This just sounds like paybacks on the part of the US. That was emotional thinking. It was bad strategic thinking from our point of view.

Anyway, he has a good point about Soleimani.

Below is timely letter to the New Your Times by Benjamin B. Ferencz, who was chief prosecutor at Nuremberg. What is required is the establishment of a Nuremberg 2.0 Criminal Court to judge US war crimes. As pointed out by Benjamin B., the ICC and the ICJ are being bypassed. 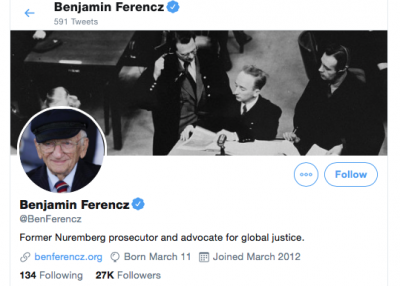 I was an American combat soldier in World War II, and was proud to serve my country as the chief prosecutor in a war crimes trial at Nuremberg against Nazi leaders who murdered millions of innocent men, women and children.

The administration recently announced that, on orders of the president, the United States had “taken out” (which really means “murdered”) an important military leader of a country with which we were not at war. As a Harvard Law School graduate who has written extensively on the subject, I view such immoral action as a clear violation of national and international law.

The public is entitled to know the truth. The United Nations Charter, the International Criminal Court and the International Court of Justice in The Hague are all being bypassed. In this cyberspace world, young people everywhere are in mortal danger unless we change the hearts and minds of those who seem to prefer war to law. 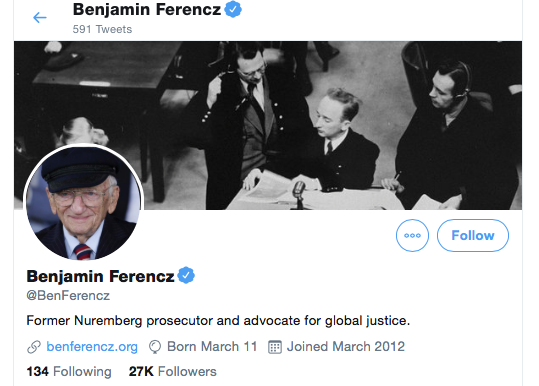