These armaments are ridiculous. War is supposed to be fair. Both sides are supposed to have a chance to escape from attacks. Drone armaments, conventional bombs, RPG’s, grenades, anti-aircraft missiles, anti-tank weapons, all manner of artillery and mortars, all small arms, and even IED’s, suicide vests, car bombs and suicide car bombs all have an element of fairness about them in that it is fairly easy for the enemy to escape from these weapons.

None of these weapons wipes out whole neighborhoods and cities. That’s ridiculous. The idea is that if you have an army that is superior in size and armaments, using conventional warfare tactics, typically involving invasion of enemy territory, you should usually prevail. But you are going to lose some men. So will the other side. Well, you wanted to fight a war, right?

You simply cannot have bombs that blow up whole cities and whole neighborhoods. Those are rightly called WMD’s. Napalm and white phosphorus, cluster bombs, dum dum bullets, and land mines (mine fields in particular) are all banned weapons of war.

This damned thing is a WMD. Ban it. And ban fuel-air explosives too. Those are absolutely WMD’s. And depleted uranium munitions should have been banned long ago

In April 2017 the US Air Force dropped its most powerful non-nuclear bomb onto a Daesh stronghold in Nangarhar.

Almost two and a half years after the United States dropped the “mother of all bombs” onto a Daesh hideout in eastern Afghanistan, locals say they have been afflicted by “many diseases” and agricultural lands are not yielding crops. 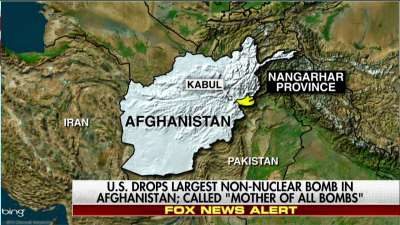 TOLOnews reporter Abdulhaq Omeri interviewed residents of Mohmand Dara village in the Achin district in the eastern province of Nangarhar. Omeri witnessed many children and teenagers suffering from skin problems and listened to many residents speak of the bomb’s lasting effects.

In April 2017, US Forces dropped a GBU-43/B Massive Ordnance Air Blast (MOAB) on a Daesh stronghold of caves and tunnels in eastern Nangarhar province. The bomb, nicknamed the “mother of all bombs” is one of the most powerful conventional (non-nuclear) weapons in the US arsenal, according to the US Department of Defense. 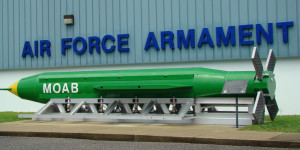 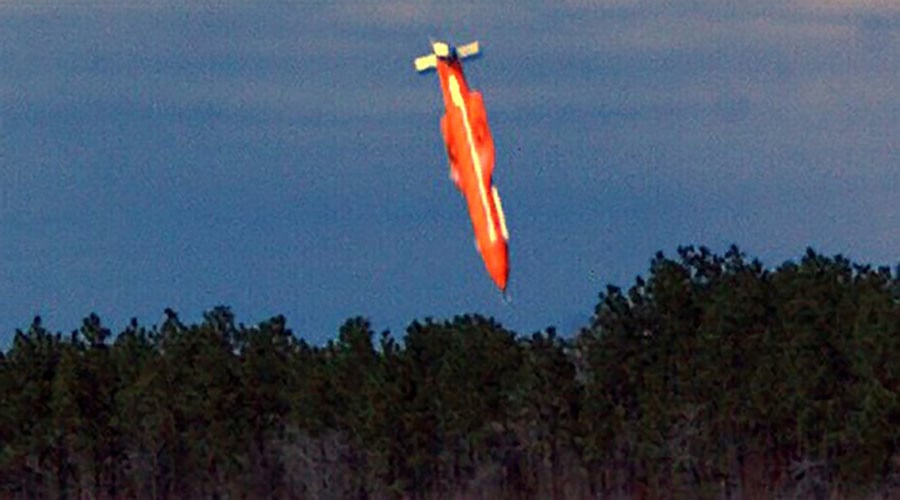 MOAB is a concussive bomb, meaning it detonates above ground rather than penetrating hardened defenses. Anyone within 300 meters will be vaporized, experts say, while those in a one kilometer radius outside ground zero will be left deaf.

Nangarhar residents said the bomb has had a lasting effect on the area.

“The ‘mother of all bombs’ was dropped here,” said Pacha Shinwari, a local resident. “You can see that the stones can be broken easily, the plants are dry, the trees are dry, the nearby houses are all destroyed–40 or 50 of them.”

“The government evacuated the people (before the bomb was dropped), but when we came back, we saw that the houses were destroyed,” local resident Mohammadullah said.

Some teenagers are suffering from skin problems following the bomb explosion.

“Many diseases have emerged in this area after the bomb was used. Most of them have skin problems such as acne and skin irritations,” local resident Jam Roz said.

“The agricultural yields are not the same as in the past. The harvests are lesser,” said Aminullah, another resident.

Medical doctors and analysts interviewed by TOLOnews said the use of such bombs leaves an impact on areas where it is dropped.

“There are some concerns about the emergence of diseases after the use of the mother of all bombs in Achin, but so far the public health directorate has not recorded any disease that is related to the bomb,” said Zahir Adil, a spokesman for Nangarhar’s Directorate of Public Health.

“This bomb has three effects:

President Ashraf Ghani’s advisor and state minister for Human Rights and International Relations, Sima Samar, confirmed that the use of the MOAB in Nangarhar has had long-term effects on residents of Mohmand Dara village.

“It inevitably impacted the health of the Afghan people, especially in areas where explosives are used a lot, including the ‘mother of all bombs,’ which has left its mark on the lives of Afghans,” Samar said.

Featured image is from Tolo News

The original source of this article is Tolo News
Copyright © Abdulhaq Omeri, Tolo News, 2019
Please follow and like us: