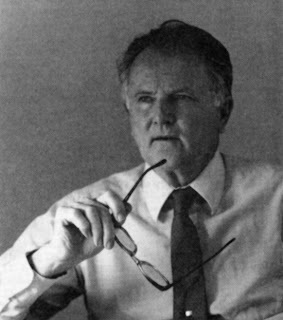 Mr. Jensen, obviously a brilliant man and a giant in intelligence research. He’s been able to escape the racist charge for all these years by watching his tongue, but as he’s recently come out for getting rid of civil rights laws, into the dump he goes. His writings also have a hopeless, hard-edged and nasty tone to them, but maybe all rightwingers do? Despite Reagan, conservatism isn’t exactly land of the optimists.

The rest of his career has been mostly spent fighting off attacks on his early claims and expanding on them. It doesn’t seem that he’s the kind of guy who will admit he’s wrong. Jensen has come out in the last couple of years and stated that he wants to get rid of all civil rights and anti-discrimination laws. Therefore, Arthur Jensen is a racist.
Philippe Rushton: As if his exasperating books were not enough (although Race, Evolution and Behavior is definitely a good and thought-provoking read at the very least), and they have been widely challenged, he has made some disparaging remarks about Blacks.
For instance, he said that Canada is starting to go downhill because more Blacks are moving there. We’ll let him slide on this for now, and on his problematic books.
Rushton has also taken a very hardline hereditarian stance on race and IQ, though recently, he and Murray admitted that Blacks have closed the B-W IQ gap by 3 points. However, Rushton has recently come out as opposing all civil rights and anti-discrimination laws. Therefore, Philippe Rushton is a racist, at least against Blacks, who are the source of most of his authorial attacks (he’s married to a Korean woman).
Robert Gordon of Johns Hopkins University: He works in sociology and is the former husband of Linda Gottfredson. This is the little-known fellow behind the Le Griffe Du Lion website. 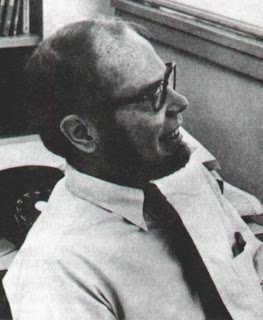 An old photo of sociologist Dr. Robert Gordon, who is not only a racist like all of these folks here, but is also a White Supremacist based on his writings on “The Claw of the Lion”, or the Le Griffe Du Lion website. Photos of this character are hard to come by, but you can see the characteristic short-trimmed beard combined with glasses and balding head. He’s a very intelligent fellow, but he’s put his mind in a bad place.

He is not only a White racist like the rest, but unlike many of them, this guy is actually a White Supremacist. A good portion of his site is given over to studies showing how Whites are actually superior to Northeast Asians.
His work is exceedingly problematic and should well earn him the racist tag right there. For instance, he claims that Black criminals “deliberately prey with a hunter’s mindset for White victims to the exclusion of other victims”. Wow. But let us give him a break on his most unpleasant work and website for now.
Mr. Gordon, in the form of The Lion’s Claw, has definitely come out for getting rid of all civil rights and anti-discrimination laws, or at least that is my reading of Le Griffe’s blog. If I am wrong, let me know in the comments or in e-mail. Therefore, tentatively, Robert Gordon is a racist.

Sociologist Dr. Robert A. Gordon in a 1999 photo. You can see the trademark trimmed beard, balding hair and glasses, except now his hair is White. He’s kind of funny-looking in this photo, but a lot of these eggheads are kind of quirky folks. I’m quite certain the Dr. Gordon is in fact Le Griffe Du Lion, but it’s not proven conclusively. How could it be when he won’t admit it?

Richard Lynn: Mr. Lynn is a professor in anthropology at the University of Ulster. His writings are pretty unpleasant like a lot of this stuff, but he’s also engaged in some academic or scientific fraud in my opinion, or nearly so, or at least some funny theorizing. 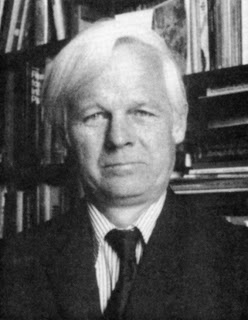 Mr. Lynn is usually a fine scholar, like all of these folks, and a lot of his work is interesting. He runs around the globe administering IQ tests and collecting IQ data. I don’t mind such an enterprise, but it seems like the only folks doing this stuff are racist assholes like Lynn, which is too bad. Further, his enterprise is rendered somewhat dubious by his crystal-clear biases, which he finds it hard to bury.
He’s has unfairly downgraded the Vietnamese IQ from 99.5 (based on tests) to 95 (based on taking a fake-low 100 figure for “rural China” and combining it with 90 for Thailand and averaging the two). He did this in order to make a wacky Ice Age Theory of his work whereby it takes 10,000’s of years to evolve smarts, and you have to go through Ice Ages to do it.
Vietnam and South China messes that up, so he plays games with figures. In this review, Lynn says he agrees with 99% of Richard Feurle’s racist (but worth a read) book, Erectus Walks Among Us, Lynn has also said, charmingly, that we need to think about “phasing out” low-IQ races. Phew.

I notice an awful lot of these “race realist”, “racialist”, “racially aware” or “White nationalist” folks, almost all of whom are White by the way, really take umbrage to being called racists. Though I’m not so obtuse or grotesque as to call anyone who adopts a name like the above a racist, I think one thing is clear.
If you oppose civil rights and anti-discrimination laws (other than affirmative action), that’s the litmus test for racism. You oppose them, you’re a racist. It’s really that simple. If you folks want people to quit calling you racist, maybe you should reconsider your position on these laws. Just a thought.
If you oppose civil rights and anti-discrimination law, don’t BS around. Just come right out and admit you’re a racist. It’s not the worst thing on Earth to be, and there are hundreds of millions of humans just like you. Hey, some of my friends are even racists. What the heck? Say it loud and say it proud!

41 thoughts on “The Litmus Test For Academic Racism”