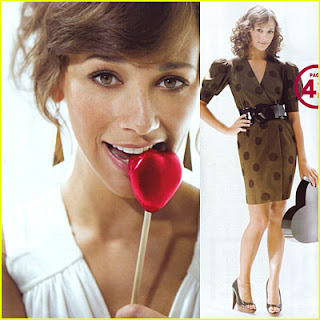 Rashida Jones, daughter of famous musician Quincey Jones, in a cute get-up with a lollipop. Which, of course, is meant to stand for, um, a pen? A slide rule? A thermometer? Well, anyway, I’ll let you guess, as I’m stumped. It seems impossible to believe that this woman is 1/3 Black, but supposedly a lot of mixed-race and multi-race folks say they are often mistaken for Italians, Spaniards, etc. 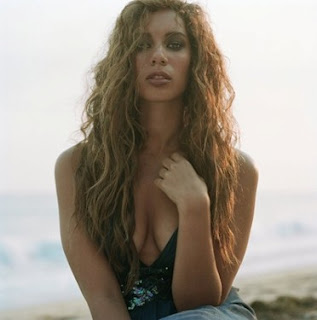 This is Leona Lewis, famous UK singer. Dang, what a babe! Now, there are other pics of her in which she looks a lot more Black or at least mulatta. I don’t know how they made her look so White in this picture, maybe they beat her with a White Stick or something.

Wow, check out these two women. First of all, who would ever think they are part-Black? Rashida Jones is said to be 35% Black, but she looks, if anything, Italian. This picture of Leona Lewis very much flatters her more-White side, but this famous UK singer is 1/2 Black. In the picture, she looks, I have no idea? Italian? Spaniard? White chick who lives at the beach?
What I think is really ridiculous are the Russian neo-Nazis. They beat up and kill Caucasians, Armenians, Tajiks and other obviously White folks on the grounds that they are “Blacks”. They have even beat up some Greeks or Spaniards for being “Black”! Whoa, that’s lame! Even Hitler wasn’t that nuts. What’s with Russians anyway? All that cold weather up there turn their brains to Borscht or what?
I keep seeing all these White nationalist dudes who swear they would never date any woman who’s not, like 90-95% White at least, I guess. Guys, come on. If these women showed up at your door and demanded to have sex with you, you’d refuse on racial grounds? Dude! No way! What if they looked White like these chicks? Do you all ask to see a racial purity card before you bed down or what?
What if you were in the midst of fucking and all of a sudden Rashida Jones goes, “Uh! Fuck me! Damn! Baby! Um! Harder! Ah! Give it to me, you bastard! Ohh! Guess what? Uhh! I’m 1/3 Black!” So what does a good White nationalist do? Lose his hardon?